Note from Ben: In the interest of adding some variety to my blog, I’m going to write some articles on dreaming and lucid dreaming, a subject I have some knowledge in and am interested in learning even more about. This is not a replacement for my sketches or comics (I’m still toying around with new ideas for a comic).

A lucid dream is, basically, a dream in which one is aware that they are dreaming as the dream occurs. I have had quite a few of them, some by accident and some intentionally, and I’ve always had some interest in learning more about them, and teaching myself to control when I have them. I’m interested in dreams in general, and I remember my dreams more often than most people do. The trouble is, I never quite have the patience to form the habits necessary to have lucid dreams on a regular basis, and usually give up early. I’m hoping that, by writing blog posts about the subject as I learn more about it, I can give myself the slight push needed to get myself started.

For my first post on the subject, I’d like to address some common questions and misconceptions about dreams, just to show you I’m on the level.

Q: Is lucid dreaming just a pseudo-scientific* hoax?
A: Lucid dreaming, in itself, is not made up. I have experienced lucid dreams myself, a small amount of research has been done on lucid dreams, and there are consistent methods that can be used to increase the likelihood of having them.

This is a legitimate question, because people too often think of dreams as mystical or spiritual experiences that can’t or shouldn’t be studied scientifically. While spirituality can be a laudable pursuit, it’s not a replacement for critical thinking and the scientific method. Many of the books and articles I’ve seen about dreams and lucid dreaming convey legitimate and applicable ideas about lucid dreaming, but these ideas are often mixed in with claims of using lucid dreams to achieve spiritual enlightenment or to communicate with supernatural entities.

This is one of the reasons I’ve wanted to write about lucid dreaming myself, to offer a relatively more critical look at the subject without the pretense of being spiritually or philosophically enlightened. I don’t promise that I will always use the highest standards of scientific rigour, but I will try to do research in the psychology and neurology of sleep and dreaming, along with telling you about my own personal experiences as objectively as possible.

I will keep religion and spirituality out of my articles, partly because I don’t want to alienate anyone for their beliefs, but mostly because it’s not necessary in order to appreciate lucid dreaming. I think dreams are interesting in themselves, you don’t need to make up fairy tales or theologies to enjoy learning about them. As for philosophy, I will only mention philosophical ideas if they are directly relevant to the study of dreaming and lucid dreams, as they sometimes are. After all, dreaming is a mental activity, and some introspection is required.

Q: I don’t have dreams!
A: That’s not a question, but yes, you do. Unless you don’t sleep, or have a disorder such as sleep apnea which prevents you from going into REM sleep, you have dreams every night. Once you wake up from a dream, it’s easy to forget it if you’re not focused on remembering it. That’s why, if you want to remember your dreams, it’s important to keep a dream journal (I’ll probably write a post about dream journals in the near future).

Q: Is it true that dying in a dream causes you to die in real life?
A: No. We can apply some common sense here. First of all, I have had many dreams in which I’ve died, or gone through situations in which I should have died, and I know that other people have had such dreams as well. Second, if dying in a dream caused you to die in real life, how would we know? You can’t exactly ask dead people what they were dreaming about.

I think the more interesting question is this: If a person dies when they’re in REM sleep—say, from a heart attack—would their dream character also experience a heart attack before the person dies?

Whether they see in ALL of their dreams would be an interesting question. I’d suspect that, the longer they’ve been blind, the less often their dreams contain images or the more abstract the images would become, but I have no factual basis for that, so don’t take my word for it. It might be an interesting subject for a future post.

Q: Is lucid dreaming harmful to the dreaming process? Shouldn’t we just let the dreams play out without interfering with them?
A: I’ve never heard of any specific cases, not even anecdotes, of lucid dreaming actually causing someone to acquire a mental disorder. I suspect that such claims are unfounded, and they’re probably a relic of Freudian psychology and psychoanalysis, the belief that dreams are a manifestation of inner desires or serve as a catharsis to other emotions (another interesting topic for a future post).

The only harm I’ve heard of in relation to lucid dreaming is that some people get carried away and spend the whole day sleeping, but even that sounds a little far-fetched.

Q: I once woke up in the middle of the night, unable to move, and I saw a human figure standing at the foot of my bed/felt a strange and evil presence in the room. Was it a ghost/alien/leprechaun?
A: No. It’s much more likely that you’ve experienced sleep paralysis. There are many theories surrounding sleep paralysis, but the gist of it is this: when you’re dreaming (in REM sleep), your brain temporarily paralyzes your body to keep you from hurting yourself or anyone around you by acting out your dream. Normally, when you wake up, this paralysis goes away, but sometimes your brain miscalculates, and voila: sleep paralysis. You are unable to move, and will likely either feel anxious or terrified, possibly hallucinating about someone or something “evil” being in the room. This is something I’ve experienced, and it’s less frightening when you know what to expect. It isn’t permanent, and it isn’t supernatural.

Q: I had a dream about X, what does that "mean"?
A: It probably just means that you’ve been thinking about X recently, nothing more than that. Again, I think that dreams are interesting in themselves, without attaching hidden meanings to them. In my experience, most (but not all) of my dreams tend to be somewhat disorganized combinations of images, sounds and experiences from the last two days of my life. However, I’ve also found that some dreams are actually coherent as narratives, so I don’t believe that the content of dreams is completely random. I could do a whole post on this, and I probably will in the future.

One more thing: In the interest of keeping this at least somewhat critical and scientific, if you can verify that something I’ve said is incorrect, please politely say so in the comments (providing a source if possible) and I’ll look into making corrections if necessary. Again, I won’t always adhere to the most rigourous of scientific standards, but I believe that a little bit of science is better than none.

*I really think it should be spelled "pseudo-pscientific", but Oxford has stopped answering my calls. 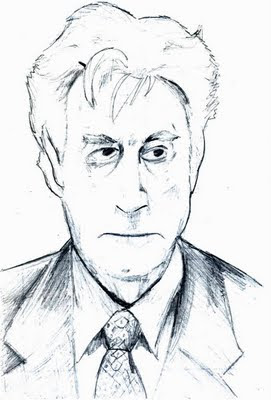 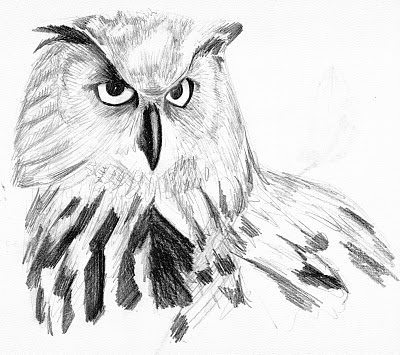